I chose the title of my blog for a few reasons.  First I like the Greek mythology image of the Titan cursed to bear the weight of the heavens which is why I chose to make the logo for my gym based on this image.  Yes that is a picture of me, kind of embarrassing.

Secondly I have always liked the idea of what the image portrays.  Atlas led the Titans in a rebellion against Zeus and was condemned to bear the heavens upon his shoulders. In Homer’s Odyssey, he was said to have been appointed “guardian of the pillars which held earth and sky asunder.”  He was also the god who instructed mankind in the art of astronomy.  Sailors used it in navigation and farmers in measuring the seasons. Atlas was said to be “the god who turns the heaven on their axis, causing the stars to revolve.” 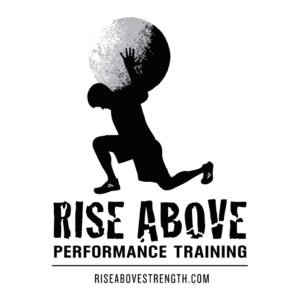 So what does this have to do with you and me?  For me it is a representation of how the world functions.  People choose a career path and then they have to school themselves in the trade, which is a very daunting task.  For me it was strength training, but not at first.  I wanted to be a physical therapist.  I had suffered from two knee injuries in my late teens and early twenties and it stopped my soccer career when I felt like I was just getting it going.  During the rehabilitation process I became very interested in the trade.  Since I was experienced through my own injuries I thought that I had a good understanding of what to do to help myself and help others overcome their injuries.  I studied hard and got into PT school only to find out that this dream I thought I had was not the path I would be going down.

Much like Atlas, I felt the weight of the world (school, stress, uncertainty, failures) all weighing down on me.  I was not doing well in school, I was not passing a few of my classes, I was stressed and more emotional than I have ever been, I was failing at what I thought I should be doing.  Taking a step back, I decided to turn my life on its axis, swallow my pride and pack it up and go back home broke and with no idea of what I wanted to do.

I applied to graduate school for Kinesiology back home because I knew I wanted to get my advanced degree.  I was still fond of weight training ever since a friend, at the time, got me into it when I was an undergrad.  I started working a sports training facility as intern while in school and I realized that I was good at it and enjoyed doing it.  So I started to train more and learn more about training and have stuck with it ever since.

So again, what does this have to do with you and I?  Everything.  Life has its ups and downs and there are days when we feel the weight of the heavens pressing down on us, but if we rotate our axis a bit we can find a new path for us to take and lead us to light.

With my blog I am dedicated to talking about strength training, sports conditioning, nutrition the business and all of the ups and downs that go along with it.  I encourage anyone to participate so we can all learn and progress together.  After all when more people lift at the same time, the weight gets a little bit lighter.