I read and interesting little blurb on Facebook this past week that got me thinking a little bit about the training protocols that I implement with my athletes.  The blurb simply stated; “It’s not Strength or Conditioning, it’s Strength AND Conditioning.”  In many cases this statement is true.  If us trainers and coaches focus only on one aspect of a program for too long are we developing our athletes to their fullest potential?

There is so much more to proper development than just increasing strength by simply lifting objects and setting them down.  There is mobility, flexibility, stability, agility, power development, recovery and conditioning.  Like the other components, conditioning should be assessed and structured around the athlete’s needs at that particular time during their training. 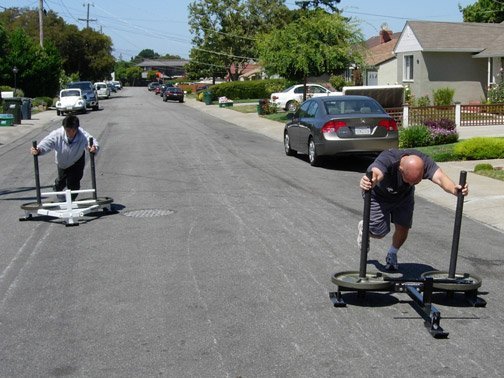 If you drew a straight line and at one end wrote the word “endurance” and on the other end the word “strength” these ends would represent the absolute energy system used for a particular sport.  For example, on the endurance end we would have a Marathon runner and on the strength end we could have an Olympic lifter.  For both of these athletes to be elite in their respective sports, their training must focus on the enhancement of their primary energy system.  It may be counterproductive to have the Marathon runner focus on proper producing movements when their sport does not require it, likewise jogging eight miles three times a week is probably not going to help the Olympic lifter snatch more weight overhead.

Those are two examples of sports being on completely different ends of the spectrum and I am sure you can think of other examples; however, I believe you would have a much easier time coming up with sports that fall in the middle area of the spectrum.  For example, I train soccer players and soccer is one of those sports that can be classified as an explosive or endurance sport.  It is easy to see that at a high level, soccer is very stop and go with its running, players run fast for short distances (usually no more than 40 yards), however at the high levels many players run a total of five to six miles of this stop and go style when the matches are complete.

Many sports share the same athletic qualities as soccer and it is important to train properly to meet the demands.  Spend time only on endurance running, the athlete’s speed and agility may suffer, likewise without some longer endurance work the athlete might not be able to make it through the match without running out of gas.

Generally speaking, most of my athletes participate in sports that fall into the middle spectrum so they will have some type of conditioning training within their program depending where they are at during their training cycle.  If an athlete just finished a long season and is beginning to get back in the gym, conditioning is set aside and more time is dedicated to assessment and strengthening of the areas that are deemed imbalanced.  For athletes that are close to a big match the conditioning is limited to make sure energy is conserved for their upcoming event.

For most of the athletes who do have conditioning protocols within their program, they will participate in them once per week towards the end of their training day.  Be careful with the volume of work done; you may want to have a smaller strength block on days where there is a conditioning circuit. 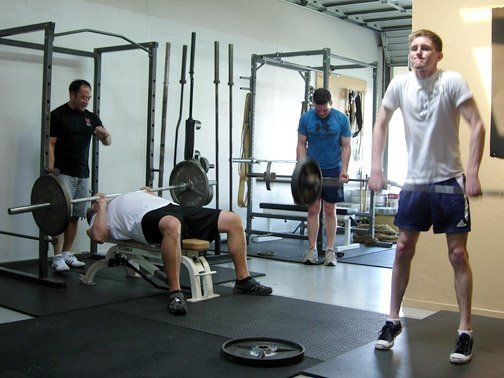 Unlike some large chain Speed Agility Quickness (SAQ) gyms;  At Rise Above I don’t have set circuits that are pulled out of a hat and given to every athlete for that day.  This blind picking of random circuits is literally true.  I was an intern at a local, and popular, SAQ facility when I was in college and the trainers randomly pulled out a workout from a binder (ok not quite a hat) and had all of the athletes perform that conditioning workout for the day.  There was no discerning between chronological age, physical training experience, and sport.  You had 13-year old female soccer players with college football linebackers; not exactly ideal for the individual athletes… but now I’ve digressed…

Through my experience I have found that those factors mentioned above need to be considered when it comes to proper condition training for athletes.  I also look to see where they are in their training cycle and what movements they had just completed earlier that day.  I tend to prioritize the circuits for my athletes.  If they are just getting back into the conditioning phase of their training, I don’t make them participate in circuits they can’t handle just yet.  You want your athlete to be able to perform the movements with proper technique, be able to keep moving for the set amount of time and you want your athlete to SUCCEED, not fail.

As the training weeks progress so can then increase the intensity of the circuits, also be aware of your athlete’s current well being; are they tired, quiet, high strung, sore etc. all of these factors play a role in their success during the conditioning circuit.

When selecting exercises, I like to do movements that were not directly in their strength portion of the workout.  I also like bodyweight exercises, unilateral movements (lunges etc.) and kettlebell swing variations. 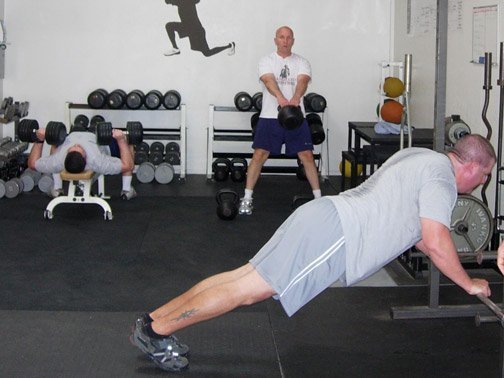 Usually I am not fixated with the amount of weight used by the athlete.  Exercises requiring weight should be slightly challenging but manageable for the amount of work done in a particular time.  The athlete should be able to move to the next station slightly fatigued but not so much that they are setting themselves up for potential injury by compromising with poor lifting mechanics.  Your more powerful athletes, like football players, may tend to use more weight than some other athletes whose sports require less explosive power and more strength longevity, like basketball and soccer.

The number of movements depends on how much time you have and what the athlete has done previously.  I prefer anywhere from three to six stations.

Timing and rest do not need to be thought of as rocket science but some consideration of the work time, rest time and work:rest ratio is advised.  If the athlete is a power athlete, like a football player, they only need short intervals with about equal or even longer amount of rest.  Work to rest ratios of 15 sec. on/30 sec. off can work well to condition their continual power output needs.  In a stop and go sport like soccer the work and rest times can be short and in a close ratio, I like 30sec. work/15-20sec. rest in most cases.  For more endurance based athletes, like triathletes, a longer work time and shorter rest is usually the way to go.  Ratios of 60sec. work and 15-20 sec. rest work really well to increase their strength endurance.

Here is a protocol that can be used for those middle-of-the-table stop and go athletes.  Complete three rounds with each round being 30 sec. of work and 20 sec of rest/transition to the next station.

To have fully well-rounded athletes that perform well in their sport strength training alone may not be enough.  A well balanced program should incorporate some appropriate conditioning protocol to get the most out of training and athletic potential.