The weather is getting colder and the seasons are changing.  With these changes comes the beginning of new high school and college sports seasons with two of the biggest being soccer and basketball.

I have had the privilege of training both soccer and basketball athletes this past offseason and we have used many different training protocols to make sure they are strong, agile and more resistant against injuries going into their seasons.

Both soccer and basketball share similar movements in their sports; stop and go running, deceleration, cutting and acceleration and jumping components.  In this article I am going to share with you some of my favorite training exercises I use to get these athletes ready for their season. 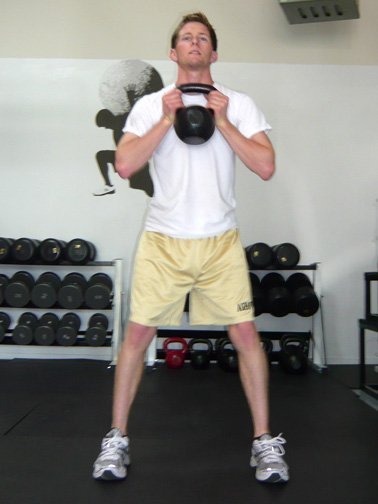 There has been a timeless debate in the “strength and conditioning world” regarding which exercise is better to build strength, size and game speed; the squat or the deadlift.  Both exercises are great and should be used but if I had to pick one over the other for soccer and basketball players it would be the deadlift.

Like the squat, the deadlift is a highly effective movement to train the hips to extend.  Most sports are dependent on the athlete’s ability to extend their hips, whether it is to sprint, change direction or jump.  Being able to move and accelerate and object from the ground using one’s hips leads to great strength and power development essential in sports.

The one advantage that the deadlift has is the ability to train starting strength which is the ability to move the body quickly from a dead stop.  Many athletes, parents and coaches ask how they can improve their child’s “first step.”  This first step development comes from training to move deadweight quickly and effectively. 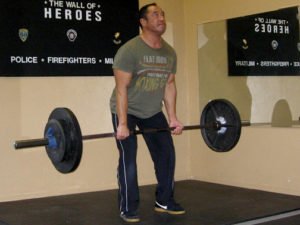 This is one of those exercises that I had used in the past, forgotten, came back to it while training at Cressey Performance.  When doing forward lunges again, I realized how weak I was at it and then realized the huge value it has.

I have had many of my athletes primarily performing reverse (step-back) lunges because I felt they were able to get into proper position easier and they could use the back foot explosively to train the first step.  This movement was great for that however I was neglecting one huge component necessary in both of these sports: deceleration.

Most deceleration during soccer and basketball comes when the athlete is moving forward and the front leg needs to slow the body down to change direction.

Forward lunges require the front leg to decelerate.  The forward lunge trains the hamstring muscle group to slow the body down through the eccentric contraction much like it needs to do when playing a sport like soccer and basketball.

During sports the body must decelerate loads greater than the body weight alone due to the acceleration of the body creating a greater force vector.  When doing this lunge variation with added resistance the body learns to deal with forces great than body weight alone much like what occurs when playing sports. 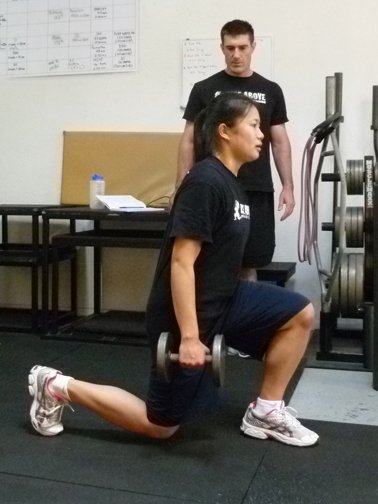 The kettlebell swing has several advantages when it comes to training for soccer and basketball; namely training the posterior chain (primarily hamstring and hip muscle groups) for power production, it can also be used as a conditioning tool.

Many strength and conditioning coaches utilize Olympic lifts (clean and snatch) to train the power element of sports; while these lifts may be great for power generation, they take much longer to learn the technique when compared to the kettlebell swing, and they are good for maximal power production whereas soccer and basketball are sports that utilizes repetitive bouts of sub-maximal force production.  Sports like soccer and basketball consist of a series of repeated sprints and stops; not an all or nothing explosive movement.

Kettlebell swings can be done within a strength program for repetitions if training posterior chain power production is desired or it can be done for time intervals if training for conditioning. 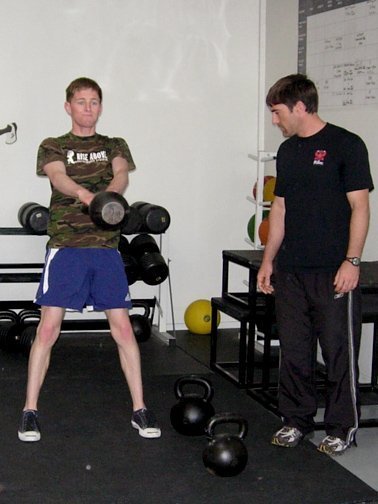 Core stability for soccer and basketball are crucial for the athletes to perform optimally.  Not only must the core be stable for the athlete to perform their dribbling and shooting skills effectively they also must have a strong core to be able to fend off all of the knocks and fouls that opponents will perform to steal the ball or disrupt a game winning shot.

Training the core for stability is quite simple and I recommend a variety of core stability exercises within a particular training program.  Plank variations, ball or wheel rollouts, strap fallouts, Pallof presses are all great exercises to train the core through stabilization.

This is one component that is not used frequently enough in strength training protocols.  It is one thing to make your athlete strong and perform well in the weight room, but if they cannot perform better at their sport then the job you’ve done is not complete.

In my article, Get with the Circuit, I touted the need for solid conditioning programs for athletes that needed both strength and endurance.  Adding a conditioning circuit into the program once a week will greatly enhance your soccer and basketball athlete’s strength transfer from the weight room to the field and court.  It is important that these athletes gain the strength endurance necessary to perform repeated measures of sprinting, stopping jumping, and cutting.  The athletes who are able to maintaining this strength endurance cycle will most likely be in better shape and perform the best at their respected sport.

Some of my favorite exercises to include into circuits are jump rope, kettlebell swings, pushups, body rows and the Prowler.  Time should be suited close to what would be done during a game situation.  I like circuits of 4-6 stations doing 20-30 sec. of work and resting for 10-20 sec. 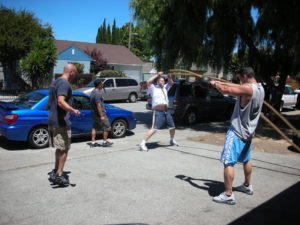 Soccer and basketball players are just like any other athletes in respect to the fact that they need to be strong, stable and conditioned.  The details within a program should be tailored for each specific sport and specifically designed for the individual athlete for optimal success.