Proper nutrition will be a debated topic for years to come and we may never know the exact answer to what foods and diets are best.  One of the hotly debated topics is the consumption of organic vs. non-organic food; if there is a difference and if it is worth your few extra dollars.  In this guest post, Chris and Eric Martinez of Dynamic Duo Training lay out their ideas about the subject complete with studies to support what they believe.  Check out the article below and make your own conclusions

By Chris and Eric Martinez of Dynamic Duo Training

This ongoing debate about which is healthier for you “organic or conventional foods,” has gotten out of hand.  In this article we will discuss some hot new research that just came out regarding “organic” foods, USDA legal standards on organic foods, why “organic” isn’t that sexy, some potential sexiness to “organic foods,” and our thoughts on all of this.

New research by Stanford University scientists have weighed in on the “maybe not” so sexy side of the debate after an extensive examination of four decades of research comparing organic and conventional foods. They concluded that fruits and vegetables labeled organic were, on average, no more nutritious than their conventional counterparts, which tend to be a lot less expensive. Nor were they any less likely to be contaminated by dangerous bacteria’s. The researchers also found no obvious health advantages to organic meats.

The researchers did find that conventional fruits and vegetables did have more pesticide residue, but the levels were almost always under the allowed safety limits. The Environmental Protection Agency sets the limits at levels that it says do not harm humans. In the study, researchers combined data from 237 studies, examining a wide variety of fruits, vegetables and meats. For four years, they performed statistical analyses looking for signs of health benefits from adding organic foods to the diet.

Let’s start off with the USDA Legal Standard for “Organic Certification.”  The Requirements generally involve a set of production standards for growing, storage, processing, packaging and shipping that include:

Now let’s look at the USDA legal standard for “Organic Food.” The following are the requirements: 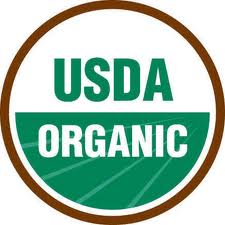 Why “organic” isn’t that sexy

A 2009 study by Dangour et al. Showed there is no evidence of a difference in nutrient quality between organically and conventionally food products. The small differences in nutrient content detected are biologically plausible and most relate to differences in production methods. A 2012 study by Dangour et al. proved that evidence is lacking for nutrition-related health effects that result from the consumption of organically produced foods.

In 2005, Deakin University, Australia, mailed a random questionnaire to 500 adults (58% responded). The majority of the participants believed that organic was healthier, tastier, and better for the environment than conventional food. So it seems that with all of this lack of data, consumers still believe that “organic” is better, and what it really comes down to is their personal values.

Some potential sexiness to “organic foods”

Okay so time to back off of all the organic bashing and focus on some interesting points when it comes to the benefits of buying organic. The Stanford University researchers noted a couple of studies that showed that children who ate organic produce had fewer pesticide traces in their urine. They also found that organic meat contained considerably lower levels of antibiotic-resistant bacteria than conventionally raised animals did, but bacteria, antibiotic-resistant or otherwise, would be killed during cooking.

There are some other findings that are showing that consumers buy organic because of the motivation to reduce exposure to pesticides, especially for pregnant women and their young children. Three studies published last year, by scientists at Columbia University, the University of California, Berkeley, and Mount Sinai Hospital in Manhattan identified pregnant women exposed to higher amounts of pesticides known as organophosphates would then follow their children for years. In elementary school, those children had, on average, I.Q.’s several points lower than those of their peers.

To add to this research by Crinnion Wj showed that organic foods have lower levels of insecticides and there’s clear evidence that indicates reduced pesticide exposure levels in consumers of organic foods. 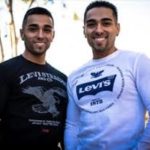