It is almost amusing for me to look back at my training regimen for the level one RKC certification.  Not only was I performing with less than optimal technique with some of the movement’s causing me to work more; I ended up ripping my hands during my snatch test training which forced me to take a few days off from my scheduled training, putting my snatch test success in jeopardy.

Well I am a little bit older (unfortunately) and have more experience (that’s good) so I will share my four tips to help you not rip your hands so you can keep kettlebell lifting day in and day out. 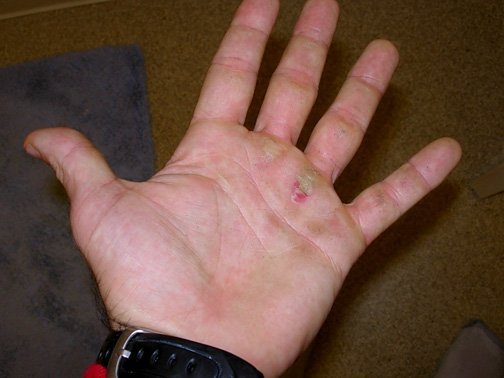 I’m going to throw a few of my gym goers under the bus.  Maybe they have watched LeBron James play too much but sometimes the gym looks like it had gotten a foot of snow in the last hour.  Too much chalk dries out the hands and causes more friction between the kettlebell and the palm.   Only use chalk for the exercises that warrant it.  Ten reps of swings or even long cycle will probably not need chalk at all.  Long snatch sets will most likely require some but only use as much chalk as needed, and usually it’s not much. 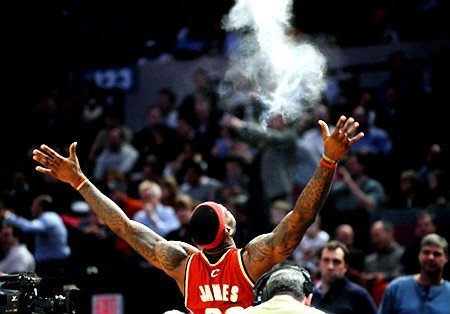 Doing some high rep kettlebell work will require some extra hand maintenance on occasion.  You actually want to keep the palm calluses from becoming too tough and raised or else they are great candidate for being ejected during your training.

After a warm shower shave them down and then file with a pumice stone or get the special filing tool like I have.

I occasionally used a tip from Master RKC, Brett Jones, who touts using cornhuskers lotion to “toughen and condition the skin.” I bought both my filing tool and corn huskers lotion at my local Rite Aid.

When All Else Fails; Use Protection

So what happens if your hands start getting raw while training and you can’t afford to take multiple days off of training from tearing your hands.

In an article by Master RKC, Mark Reifkind, he explains how his wife Tracy cut the necks of some athletic socks (2-3 inches) and placed them around the base of the fingers to protect the hands and calluses.

I actually had to use them used them on the last day of the level one RKC weekend (not during the snatch test) and I found that a cut thin sock worked well. 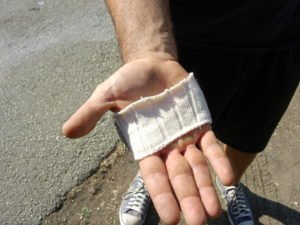 If you take care of your hands you should not need to use the sock sleeve, but just in case, it’s always better to be safe than sorry.

Focus on the Small Technical Details

There is never an excuse to tweak and refine your technique.  Two tips that I picked up from John Wild Buckley of the Orange Kettlebell Club saved my hands during long kettlebell sets.  First of all you want to grab the kettlebell and have the handle in the fingers above the base of the fingers, this will minimize pinching of the calluses during the swings and other movements.

Another tip during the long cycle and snatches is to learn to cast the kettlebell forward during the appropriate moment of the backswing, approximately when the kettlebell is parallel to the ground.  This casting motion moves the handle from the palm to the fingers bypassing the base of the fingers where the calluses are.  This takes a lot of practice and refinement and it’s suggested to start with a light kettlebell and progress appropriately.  The video below describes these two tips in detail:

There you have four tips to help save your hands and keep you off the sidelines so you can keep training.